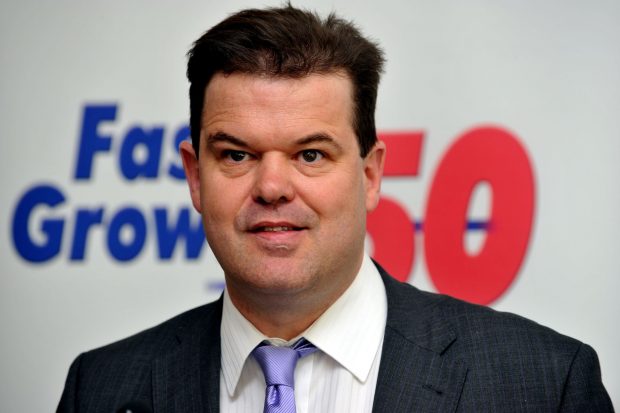 At a time when the UK faces potentially serious economic challenges as a result of the decision to exit the European Union, it is vital that the regional economies of the UK look to work more closely together to ensure that their businesses are supported to not only be resilient but, more importantly, are given the opportunities for growth and development going forward.

So how can the two economies of the Cardiff Capital region and the West of England work more closely together as a coherent economic region in the future? One way is to build on the complementary strengths we have in both regions in key industries.

For example, South Wales and the South West of England has the largest aerospace and defence cluster in the UK and to complement this, there are other areas of high technology manufacturing which are growing. For example, the West of England employs the third highest number of people in computer manufacturing in the UK and in South Wales, companies such as IQE and SPTS Technologies are leading the way in terms of developing a strong semiconductor cluster that is vital as the foundation for so many industries of the future.

Two of the fastest growing financial services clusters outside of London are to be found here. The West of England has the third highest level of employment in the UK in life insurance and in Cardiff, financial and professional services are an important growth sector with the city establishing itself as one of the key financial centres outside London as a destination for back and middle office functions.

A key industry for the future will be cybersecurity which is already acknowledged as one of the fast-growing technology sectors in the World. The development of a strong cybersecurity sector based within the cyber triangle between Newport, Malvern and Cheltenham within the region is a major opportunity, building on the work of as GCHQ and Qinetic in the West of England as well as the work of the University of South Wales’ National Cyber Security Academy and the South Wales Cyber Security Cluster.

Another key sector which is considered important in both areas is creative industries with the Bristol and Bath region already home to major industry players as Aardman Animations and the BBC Natural History Unit as well as a fast-growing entrepreneurial group of firms in tech, branding, film and gaming. Given this, it is not surprising that the area is ranked in the UK's top ten creativity and innovation hotspots according to the innovation charity NESTA.

South Wales is also focusing on promoting and developing the creative industries which include the new BBC Studios in Cardiff Bay, the Pinewood Studio Wales at Wentloog and probably most exciting of all, the creation of one of the biggest studios in the UK at the old Nippon Glass factory by Bad Wolf, a new company established to attract high end television productions to Wales.

Therefore, collaboration between these industrial clusters will be vital for the development of the wider economic region to become a major powerhouse in the UK economy, especially at a time when the UK Government is looking to support economic divergence away from the economy of London and South East England.

As we face new economic realities, I hope this summit will help set an agenda that will ensure that the wider region is open to business through greater co-operation between businesses on both sides of the Severn.