James is the Director of Chamber of Commerce and Initiative activity at Business West. As one of the most influential business leadership organisations in the UK, Business West is the leading provider of business and export solutions in the South West of England. 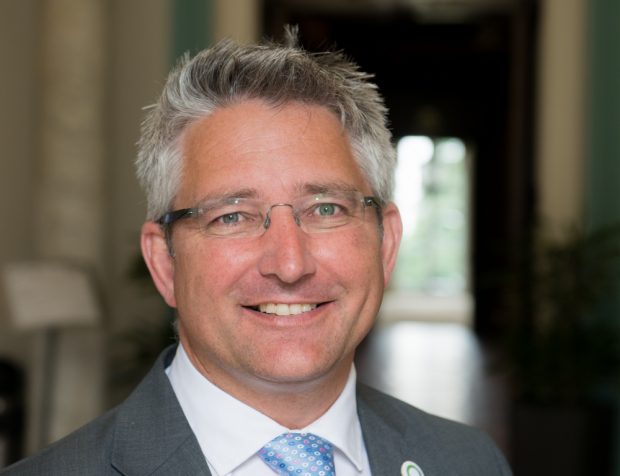 There was a lot of positive reaction from businesses and commuters on both sides of the border when it was announced that the tolls on the two Severn Crossings were finally coming to an end, and in particular from those based in South Wales.

Drivers have been paying to cross into Wales ever since the first bridge opened to motorists a little over a half a century ago.

An estimated 14.4 million vehicles use the Westbound crossings every year, and with the charges already coming down and then completely off, that number is only going to increase over the coming years and months.

There has already been plenty written about the effect on house prices and traffic congestion but the implications for both sides of the border have to be viewed in a positive light for a number of reasons.

The continuing uncertainty around the issue of Brexit and the impact on the UK’s economy means that there is no room for complacency and business needs to find and take every chance it can to remain competitive, and trade and extend its market.

If we are to continue to grow the economy in this western part of the UK, we need to take full advantage of opportunities to open markets and reduce costs.

Business West as the chambers of commerce and initiative for Bristol, Bath, Gloucestershire and the wider area on the English side is delighted to be taking part in the Severn Growth Summit which is taking a close look at the economic implications of the long-awaited end of the tolls.

Alun Cairns, the Secretary of State for Wales, has publicly stated that the charges are being removed to help business and to stimulate closer co-operation between South Wales and the South West.

Government has made it clear in its industrial strategy that it wants to remove any barriers that are currently a hindrance for the business community. This needs to apply equally across this area and the whole country.

With more economic and political powers being devolved from central government, it is becoming apparent that the major city regions are being offered the chance to take control of their own destiny.

We welcome this chance to work with a UK cabinet minister to help champion how together we drive new growth and jobs for this part of the country.

There has been plenty of talk of the Northern Powerhouse, and the various places across the Midlands Engine have grasped the importance of working together as bigger economic entities.

And as this cost barrier between the South West and South Wales is consigned to history, I believe we should all look hard again at taking a similar holistic approach and co-operate where there is clear common purpose.

A considerable number of the region’s major employers and businesses have interests on both sides of the Bristol Channel and do not recognise or are concerned about old cultural and economic divides.

Major businesses, such as Airbus, PWC and Renishaw to name just three, have considerable operations on the English and Welsh side, and have understood and are capitalising on the benefits of cross-border working.

There are plenty of shared interests on both sides of the Severn, such as easy access to the national motorway network, the newly electrified Great Western train line, tidal green energy projects, the research and knowledge power of our universities and more affordable access to leisure and tourism destinations.

While there are a lot of housing and labour market linkages which are certainly set to grow, I believe there has been not been enough connection and collaboration between the South West and South Wales.

To date, tolls have acted as a cost barrier creating a sense of division, and while we may see increased traffic volumes in the short term, we welcome the chance to engage with the Secretary of State to ensure resources are prioritised for our infrastructure needs and asks.

In the past, the Bristol City Region has largely tended to look east to London and the South East instead of also forging closer links with its close neighbours less than an hour’s drive away.

There is no doubt enterprises of all sizes and for goods and services have had to date to factor in the cost of crossing the bridges when making decisions about the best places to do business.

We are living in a part of the country where people want to come to live and work. The end of the tolls means that the workforce have more flexibility in their choices as a result of the reduced costs. Bristol and its wider city region and South Wales have more in common than ever before and this is a great opportunity for the business community to make the most of those shared interests.

If we want to compete not just on the national stage, but also on the international stage, I believe we need to take full advantage of this once in a generation opportunity.

Sign up for email updates to make sure you don't miss any of our future posts.